LAUT TAWAR LAKE -The beauty is hidden in the country between 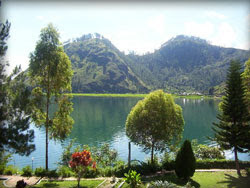 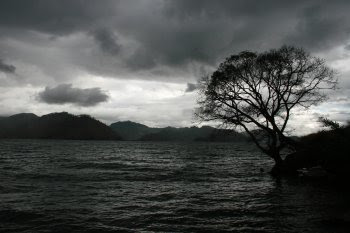 Access to the Takengon more easily accessed through the City of Bireuen. There is a small terminal where mangkal transportation elf specifically to Takengon. Ever travel about 5 hours with a cost of approximately Rp. 25000. Aside from Bireuen, an alternative way to Takengon can also be implemented in Blang Keujeren and Kutacane.The existence of Lake Laut Tawar pride to be the people of Aceh. It is a natural tourist attraction, visited by many domestic and foreign tourists. Lake is a source of water that is used not only by the people in Aceh Tengah regency, but also by people in other districts. 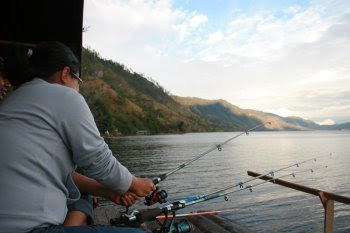 Traditional stories circulating about the Gayo depik fish, such as the shape of ornamental fish are well-slim white shimmer with the size of a thumb of living in Lake Laut Tawar. Story, depik comes from the rice grain removed to the lake. He will appear on the surface to a particular season, especially during the rainy season. Before the season arrived, crowds depik hiding in the south of the lake, at the foot of Mount Bur Kelieten. Depik is a gift of God to people Gayo, although continuously consumed, he never exhausted.Two hills that flank the lake, more and show the beauty of the lake. The integration of the waters and the plains give the source of livelihood for many people, especially in the high plains around Gayo. A sea because the sea and breadth as a bargaining because the water is not salty. Water tawarnya save many flora and fauna, one of the most popular fish is depik which is the only fish species in Lake Laut Tawar. 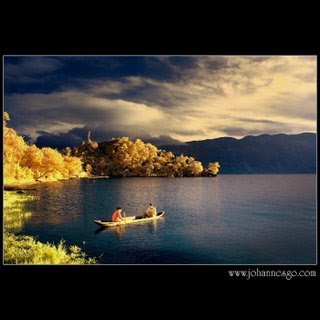 In this location visitors can see the horticulturalists and fishing. One activity that has become part of daily life in communities around the lake. Leading commodities grown in high altitude Gayo, among others, is Gayo coffee (Arabica coffee), which is very popular in Japan, potatoes, passion fruit, tomato, red pepper, corn, and vegetables. Results of plantation commodities that are quite famous tangerine Gayo and avocado.Tourists visiting the tourist attraction is not free.There is one motor boat used to carry passengers circumnavigate Lake Laut Tawar. Around the lake where there is lodging for tourists who want to spend the night at that location.